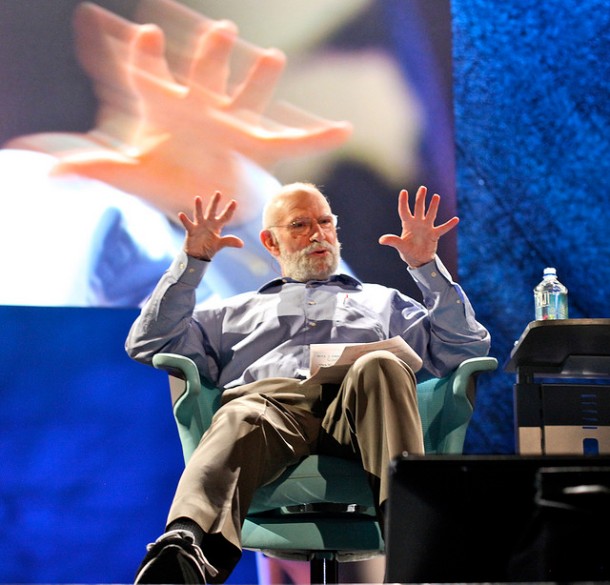 Illuminating and thoughtful write up, “Oliver Sacks has left the building” at the excellent Mind Hacks website. From the piece:

His final book, On the Move, was the most honest, as he revealed he was gay, shy, and in his younger years, devastatingly handsome but somewhat troubled. A long way from the typical portrayal of the grey-bearded, kind but eccentric neurologist.

The reality is that Sacks’s role in my career was neither surprising nor particularly special. He inspired a generation of neuroscientists to see brain science as a gateway to our common humanity and humanity as central to the scientific study of the brain.